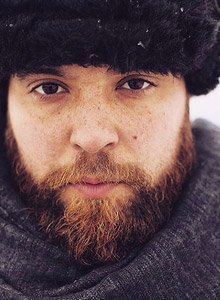 I have spent the last ten years travelling in Asia. On foot, on horseback, on a motorbike, in the back of a bus or in my own vehicle, I have travelled to the most isolated places and photographed some of the most unknown people in the East. I now spend more time in Persia and Central Asia than in my native country. This region has become my favourite territory. At the age of 39, I already have a number of significant projects to my credit: three books, a short film and two documentaries.

In May 2014, I embarked on a long journey from Paris in a converted van. It took me sixteen months of expedition and an unshakeable will for this project to give birth to a second book: Ashayer, - nomads in Persian - in which I tried to tell the story of my immersion in the tribal world from Iran to Afghanistan.